A couple of great new books written by TAGS cast members have been published this summer.  And the 2010 TAGS Wall Calendar is now in stock!  It's a great way to commemorate the 50th Anniversary! 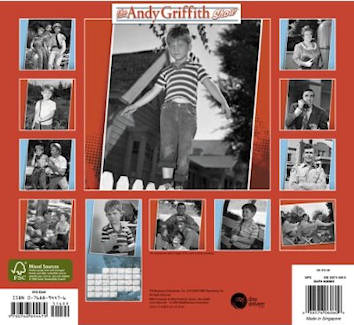 We've got the 2010 TAGS Wall Calendar in stock now.  Like the 2009 calendar, it has all black-and-white images.  Many will seem very familiar.  We also have a Special Combo with 2009 and 2010 Wall Calendars for $23.00.  And we still have several calendars from previous years.  (They've become popular collectibles!) 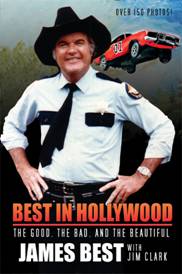 * Best in Hollywood-The Good, the Bad and the Beautiful by James Best   $25.00 (autographed!)  https://www.weaversdepartmentstore.com/catalog.php?item=90

If you know James mostly as Rosco P. Coltrane on "The Dukes of Hazzard" and of course as Jim Lindsey on TAGS, then you'll have an opportunity to learn a lot more about his fascinating life, including the Golden Era of Hollywood.  The 320-page book includes more than 150 photos from James' personal collection.  It's getting a great response from readers all over the country.  (And yes it does include a chapter on TAGS!)

We have a limited number of autographed copies (including a custom-made bookplate) of the soft-cover book for the cover price of $25 at Weaver's. 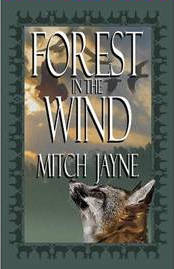 * Forest in the Wind, a novel by Mitch Jayne   $15.00
https://www.weaversdepartmentstore.com/catalog.php?item=92

Originally published in 1966 when author Mitch Jayne was still making visits to Mayberry as one of the Darling Boys, "Forest in the Wind" has been revised and re-released this summer, and now includes wonderful illustrations by Diana Jayne, Mitch's wife.

The adventure story is told from the point of the animals, primarily a family of foxes in the Ozarks.  This is a book for readers of all ages and for the Ages.  This novel is 150 pages of reading that tells an inspiring story and leads us to a greater understanding of and appreciation for the beauty and power of Nature. 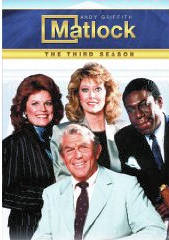 After all that reading, are you ready just to sit back and watch a legendary actor perform?  Well, this may be just the ticket for you.  This Third Season of "Matlock" has 20 episodes on five discs. Released this summer, the list price for this set is $50, but we've got it for only $39.00.  And we also carry the first two seasons of "Matlock" for the same bargain price.

Whether you're looking for a Mayberry T-shirt, something Mayberry for your car, decorative wooden building fronts, Mayberry-related DVDs and CDs, artwork (including some autographed pieces), books, board games and even Barney Fife thermometers and light switch covers, we've got most things Mayberry online at Weaver's.  Drop by and have a look around.

In addition to accepting orders online or by mail, our Weaver's Dept. Store has a phone number FOR ORDERS ONLY (615) 604-1298.  The phone number is generally in operation from 9 a.m. to 6 p.m. CT Monday through Saturday.

Please call this number only for ordering or for inquiring about orders placed by phone.  All inquiries about online orders and mail orders should be made online and by mail, respectively. 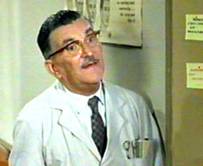 * Sept. 19: Mayberry in Mountain City, from 5:00 to 9:00 p.m., at Ralph Stout State Park in Mountain City, Tenn.  The event, presented by Movies in the Park and hosted by TAGSRWC's Duck Pond Gang chapter, includes hearty eatin' (hot dogs, popcorn, pizza, and Aunt Bee-style beans and cornbread), a look-alike contest with cash prizes and big-screen showings of TAGS episodes.  Admission is free.  Bring a blanket or chairs, and then sit down for a fun Mayberry time.  For more info, call Steve Arnold at 423-727-8485. 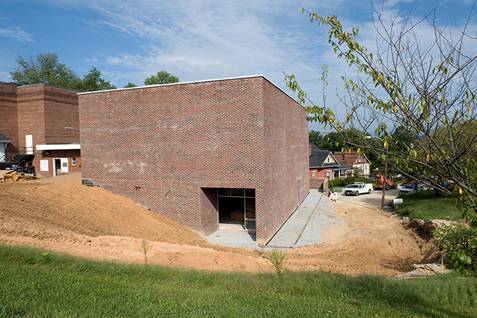 This August photo shows that the new Andy Griffith Museum in Mount Airy is really taking shape in its home nestled next to the Andy Griffith Playhouse and the TV Land Landmark statue of Andy and Opie.  The museum is on schedule for its grand opening during Mayberry Days, Sept. 24-27.  Photo by Hobart Jones.

* Oct. 1: IBMA Awards Show, including the induction of The Original Dillards into the International Bluegrass Music Hall of Fame, at the Ryman Auditorium in Nashville, Tenn.  For more info, visit www.ibma.org.

* Oct. 10: All right now, fall in with Mayberry Deputy David Browning for the Vinton Fall Festival in Vinton, Va.

* Oct. 12-17: A Cruise to Mayberry 4 is a five-day trip and it's sure to be another relaxing, fun time for all.  Being on the cruise is a bit like sitting on Andy's front porch and watching the traffic on the road-only there's no road and no traffic, just the waves and a breeze.  Visit www.mayberry.com for links to more info and photos from previous Mayberry cruises.

* Nov. 21: "I Didn't Know You Stranged" chapter in Moundville, Ala., will hold a Mayberry in Moundville family social at the Moundville Church of the Nazarene gym at 6:00 p.m.  Several music groups will be performing.  Local Mayberry squad car replicas will be on hand, as well as Mayberry tribute artists, including Kenneth "Otis" Junkin.  There will be whistling and trivia contests, episode watching, food, and who knows what-all.  All proceeds will benefit the American Cancer Society's Relay for Life.  More details TBA.

* Dec. 14:  All aboard with Mayberry Deputy David Browning and a trainload of celebrities and others filled with goodwill in Stuart, Va., as they head out to spread holiday cheer to those in need in the Appalachian Mountains with the 23rd Annual Morgan Shepherd Charitable Fund Trip.  For more info, visit www.morganshepherd.com.

* Oct. 3: 50th Anniversary of the airing of the first episode of "The Andy Griffith Show" on CBS.

There's really good word of mouth about Play the Game, the feature film starring Andy Griffith that has just gone into wider release nationwide at the end of August.  At the North Carolina premiere in Andy's hometown of Mount Airy on Aug. 23, a full house laughed throughout and enthusiastically applauded at the end.  Among the faces in the crowd were Mount Airy residents Betty Lynn and Emmett Forrest, Andy's pal since childhood. 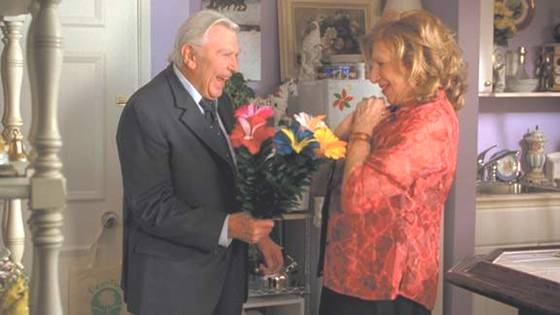 Andy Griffith and Liz Sheridan having a good time in Play the Game.

Andy's performance as Joe is getting outstanding responses both from audiences and critics. The superb cast of Play the Game also includes Paul Campbell, Marla Sokoloff, Doris Roberts (Raymond's mom on "Everybody Loves Raymond"), Liz Sheridan (Jerry's mom on "Seinfeld") and Rance Howard and Clint Howard, so the film (rated PG-13 for some sexual content and language) has a lot going for it to draw good crowds and reviews.  You can see a trailer and get more info at www.playthegamemovie.com.

Ron Howard is executive producer of the upcoming "Parenthood" TV series on NBC.  It's the second series based on the 1989 Parenthood feature film directed by Ron.  Already in production, the series was originally scheduled for the Fall lineup, but has been postponed while star Maura Tierney undergoes treatment for breast cancer.

George Lindsey is featured in "Larry the Cable Guy's Hula-Palooza Christmas Luau," which was taped in Nashville in August and will premiere on Country Music Television on Nov. 20.

A DVD of the 90-minute special will be released on Nov. 24.  A busy George also was a guest on RFD-TV's "Crook & Chase" in August.

As the song says, "There is a Time" for things to happen, and everybody agrees it is indeed about time that the Original Dillards (Doug Dillard, Rodney Dillard, Mitch Jayne and Dean Webb), Mayberry's Darling boys, were inducted into the International Bluegrass Music Hall of Fame.  It'll be happening Oct. 1 at the Ryman Auditorium in Nashville.  It's long overdue and well-deserved recognition for the foursome who, with their special blend of musicianship, storytelling and Ozark moxie, introduced the wonders of bluegrass to countless people around the nation and the world.  Read more about their induction (including how to get tickets to the show) at www.ibma.org.

In August, Doug and Rodney and TV sister Maggie Peterson and the current Dillards group also performed for a capacity audience for a DARE fundraiser in Troy, N.C.

James Best was Guest of Honor at the Mayberry Squad Car Nationals/Mayberry Comes to Graysville event on July 11 in Alabama.  And then he joined fellow "Dukes of Hazzard" cast members and other stars for Smoky Mountain Fan Fest in Sevierville, Tenn., the next weekend.  He was also at the Mid-Atlantic Nostalgia Convention in Maryland the last weekend in August.

And the really exciting news for James is that his memoirs, Best in Hollywood-The Good, the Bad and the Beautiful, was published in July!  (See the listing in the Merchandise section above.)  The lively book has been selling well and getting fantastic reviews from readers.

The beautiful home of Richard O. (Dick) Linke and wife Bettina was featured in a large and photo-filled spread in At Home magazine, a monthly supplement in the West Hawaii Today newspaper.  In the text of the story, Dick says that at this stage of his life he is a "contented man" and that he and Bettina feel very blessed with their wonderful life together in Hawaii.

We're sorry to report the passing of legendary actor Dal McKennon, who played sculptor Brian Jackson in "The Statue," Episode 208.  He died of natural causes in Raymond, Wash., on July 14, five days short of his 90th birthday.

Born in La Grande, Ore., Dal McKennon is most remembered on camera as Cincinnatus in the first five seasons of "Daniel Boone,'' the 1960s TV series starring Fess Parker.  He is perhaps even better known for his voices, including those of Gumby and Archie Andrews (of "Archie" comics).

He did lots of voices for Disney movies and theme-park attractions (perhaps most famously as Zeke in Country Bear Jamboree).  Along the way he worked for Alfred Hitchcock in The Birds and with Elvis Presley in Clambake.

For Mayberry fans, he'll always be the man who chiseled the statue of Seth Taylor.  Dal McKennon is survived by Betty, his wife of 67 years, eight children, 21 grandchildren, and 20 great-grandchildren.

The next issue of Weaver's Newsletter is scheduled for late October (with an eBullet coming out in mid-September.).

That's all for now.  We hope you have fun browsing at Weaver's and visiting http://www.mayberry.com.